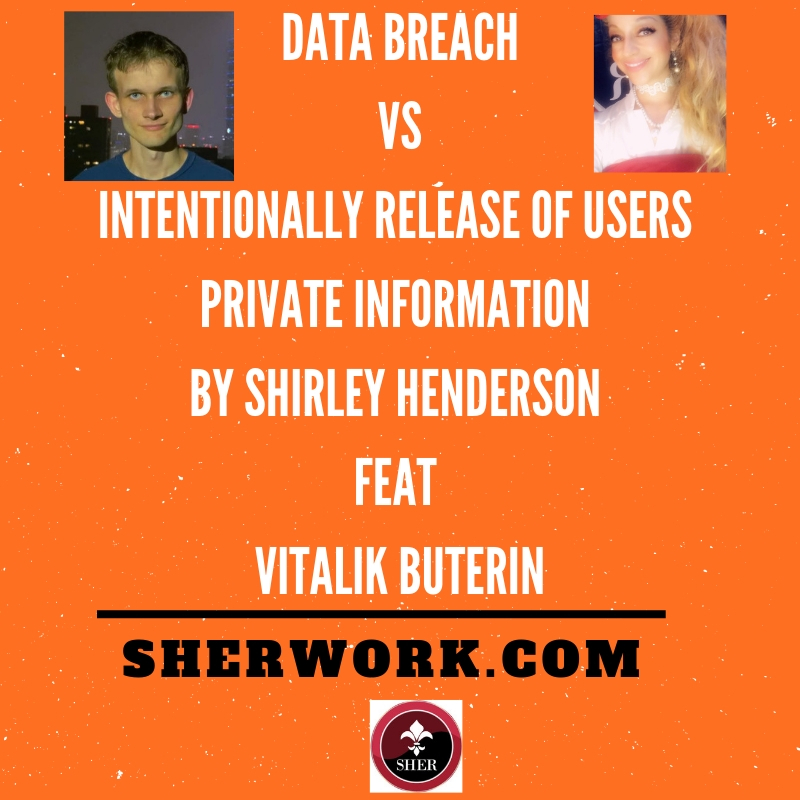 “Looping back to an earlier point: if intrusive private surveillance is bad, why not ban it? Answer is that it’s too highly subjective and difficult to successfully enforce without heavily infringing on general freedom

See here for my recent views on why I’m pro-privacy and anti-intrusive-surveillance. Regular gossip is more likely to be targeted to inform the public and so useful, blackmail gossip is more likely to be targeted to harm the victim and so less useful. So there’s a wide range of opinion space within which the latter is ban-worthy but the former is not. The possibility of blackmail revenues incentivizes people who are much more removed from public-interest-y goals to seek out the info much more aggressively. I think that gets closer to the crux of it.:”.- Vitalik Buterin

Companies that hire session replay services ( iPhohe screen time) from customers are asking for class action lawsuits from users defending privacy matters that could serve as a deterrent to use those spying services, when not removed form the app store.”- Shirley Henderson

Companies had gotten away with the unauthorized released of private information form customers and now has escalated to hiring the spying services such as session replay of cell phones screens.

This article is not looking at the legality of the spying service it self but the contracting of the screen recording from companies to whatever the use, it could be the pretext of bug fixing, improving website none of those tales serve as and excuse for infringing the freedom of people’s privacy rights, just because they agree to use their app. Because more things can be done with the use of such of data recorded as we know this companies profit form selling private information but unwatched can scale to a form of extortion. Such opt in for the use of public display of your private info or pay extra to keep it hidden from the public eye, or getting in the hands of the wrong people just to mention few examples.

Apps need to offer real privacy setting to users if they want to maintain the trust for the general public.

Now the manipulation of users data from companies went from data breach defense to intentionally release of secure or private data of customers.

Companies can’t continue paying for data breach settlements to class action law suits and look at it as a business cost.

The rule of law structure for privacy surrounding internet applications need a higher monitoring starting from the positioning a place at the app store.

I will repeat new companies with a higher social value will offer a transparent privacy policy such as those build on the block chain where companies don’t need your private information to do peer to peer transactions. This decentralized new companies are the solution for the privacy issue.The good thing is that we’ll get the same services such as social media, banking, traveling, without the infringement of privacy, we jus need to look for them to make the switch.

In the first part it was concluded that the solution for Apps privacy issues would be the implementation of the blockchain. Let’s see how is that possible.

Exist new options such as using a blockchain smart phone Exodus which was released today which main function is for decentralized applications and security. So it’s too premature for me to say that it will stop the marketers from buying the users data for adds as how it functions on the regular smart phone with retargeting add system today but if they do at least people would have the option to sell it for cryptocurrency to the Dapps they use. Now, regarding the use of the blockchain for login in Apps and Dapps is finding a solution when using the blockchain key system for the authentication of users across Apps and Dapps. It looks like it could clear up privacy issues covered by centralization, which its a good start.

There’s progress in the making at least the app store is taking away developers privileges when detecting abuse of consumers privacy with the distribution of Apps.

With the enforcement of privacy policy developers will be cautious not to use analytics tools that track users data back and forth when making applications.

And the best solution with the use of the implementation of the blockchain technology would be with the integration of a good UX design even when right now it is used in the financial system for login access from Apps to Dapps it could be used in other platforms, that will allow Apps and Dapps users to log in with a private key to various services with out the need to make many accounts to access different Apps and Dapps and to stay away from privacy problems when relying and policing third parties.

There you have it my name is Shirley Henderson and I want to see you succeed in every area of your life. I am on the side of human kind. See you guys back.

Disclaimer:This is not a legal advice, for legal advice search the services a of law firm. This is a collection of general information from the internet. Look at the resources for further information.

Must read this article that talks about the screen replay