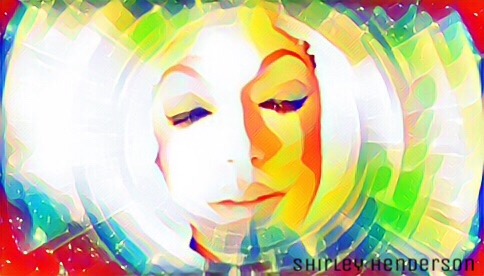 Sher on Uploading the Consciousness to the Internet

Listen to the podcast

Title Sher on Uploading the Consciousness to the Internet

As many of us who are obsessed with the search for immortality. Yes, with art and poetry I try to preserve my self into the limited time I had in this planet Earth. Also, when we change the way other minds think in pro of humanity is another way to prolonged one existence but is not enough. I would like to have a option to have my intelligence and consciousness uploaded into a computer when my time is up. Maybe, in the future this will be a viable way to help love ones to cope with the physical death.

Just imagine the relief families and couples could feel to have a computer screen, or even a robotic model in the image of the person who die. It is an option is not and obligation just like right now we can opt to be berried, or cremated in the past one could get mummified back then it was a wild idea just like the one I have right now but hey, is the future but as fast technology is developing. Probably, this could be done in few years from now. Even right now, there are enough blue print of ones personality in the algorithms. For example, everywhere we leave a trail of us when we surf the internet. I would think that a prototype of our personality database will be enough to build a personalized interface of ones consciousness. How cool is that, I do not have to be dead to have my intelligence uploaded to the computer and the internet all we have to do is put together all that information into a software and make it talk, ask, make questions and reason like I do, or anybody else with artificial intelligence.

What are the negative implications of this? Well, not different from playing the internet of scrolling thru social media every day. It would create and addiction and a dependability such as the one we already have with our current cyber portals of entertainment such as online movies and games, which are part of our daily lives. Will this new companion will detriment us from forming new and real relationships? Yes, but is the same dependence we have to the online relationships we have from people that are not even in our same time zone. Not much will change and the positive implications are for the people who are left behind in the event of the dead person like children who loose their mothers for cancer and tragic illnesses. Fathers who are away on duty for the military and wives are left alone at home missing their husbands who have to work for prolonged periods of time. Imagine! If this technology would had preserve Steve Jobs, or Albert Einstein’s intelligence to call few. The possibilities as always will be determined by budget the cheapest design would be in a form of an avatar using the computer screen for interaction and always the availability of VR, the upgrade would be a robot like in the movie iRobot and a more expensive model would be like in the movie AI. We shall look at it as just another tool for humans to cope with the needs of our reality using our tools, our friends the robots and their artificial intelligence.

My name is Shirley Henderson and I want to see you succeed, I will meet you on my next episode. I send you a kiss I love you all.