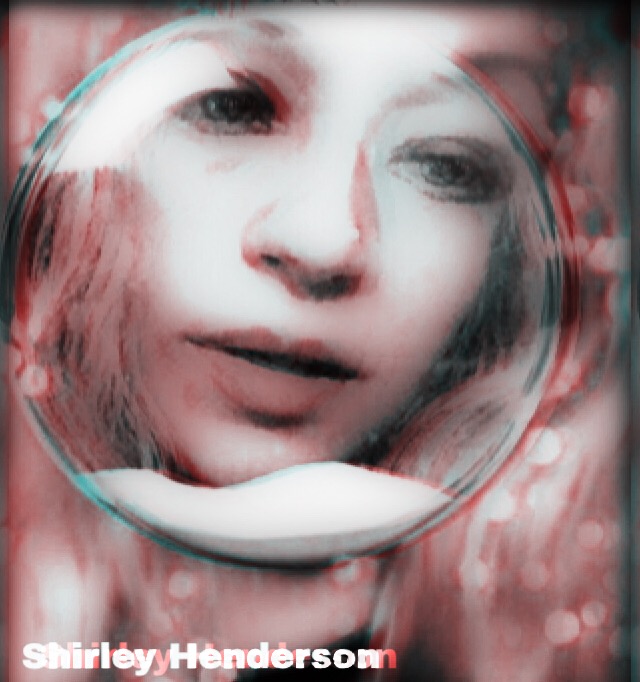 In my opinion, I think is a good time to star the era of humans born in artificial placentas.

Women have undertake long enough the responsibility of populating The Planet,

regardless of the race, or economical background women deserve the right of entitlement

of their own bodies, just like men do when it comes to reproduction purposes.

The way humans are being delivered to this world is updated and medieval. We had advanced in medicine techniques in the past 1000 years exempt in giving birth.

“Lets make an analogy, to digest this idea more easily. Our cellphone and computer has become our external brain with my theory of Artificial Surrogacy “artificial placentas” is no different, is the same transhumanism phase we are already living where humans evolve thanks to the help of technology.”- Shirley Henderson

Every woman has stopped their lives for nine months to give birth. In many countries they cannot even have a job while pregnant and this needs to change, many woman die while giving birth, or after by complications.

Why this has to keep happening when the medical advances give us a new way and more civilized way to choose to be parents.

I think that the implementation of such a service can only enhance the human race.

Because when we are competing with machines to maintain a job, a pregnancy puts a woman

out of the market, she’s not competing with the regular population and nevertheless with machine learning. We need to look at the statistics to see why rejection of population growth, if the population decline in countries with the best technology is going low. Is not a surprise that women are postponing pregnancies for several reasons because they want to go to school, want to finish their degrees. They want to have better jobs and they have to compete physically, mentally and emotionally in this world under circumstances not favorables to be pregnant. That is perfectly acceptable in a modern world where marriage it’s not secure, a job it’s not secure, counting with your family it is not a sure thing anymore.

Females are retracting and deleting the idea of becoming a mother.  When on the top of all this things the delivery process of giving birth It is like a scene from horror movie. We see it over and over again how fathers walk out of their children’s lives and how much the divorce rate goes up. Now, imagine a current scene X female goes under a $1000’s of dollars in plastic surgery to enhance her physical appearance to become competitive in the job market and after a pregnancy all that money goes to waste, not many people have money to go to waste plus in the end she might be dumped by the guy.

Women become single mothers multiple times from different partners in one lifetime. In the flip side not all men are exactly father material on the eyes of females and I am not referring just physically, there a lot of cheaters out there, which bad character among other direct, or indirect faults that make them not desirable to become the progenitor of your species. This can be an option for them too because genetically some genes can be deleted like alcoholism etc. So, I think that given a female, or a male a civilized option of getting and in vitro fertilization with an option of artificial surrogacy will revolutionize and enhance parenthood for the prolongation of human kind.

Now, let’s bring the men in. From the beginning of time the caveman lived in communities, where they share the fatherhood because back then they didn’t have DNA test to confirm paternity.

This is fairly new. Now days males at hospitals there’ve been asked if they want to request a paternity test right after the birth of the child. That is to covering the rights of males these days, when in the past

That was a way making a livelihood but not anymore. So females don’t want to go through the risk

of getting abandoned by a male because of getting pregnant. There’s many ways to prevent pregnancy

so no wonder why this human population density is going low.

Financially, it’s a lot of responsibility, physically, and emotionally. It takes the whole thing of a person.

For now, and the future people want to be free, people don’t want to get married, people don’t want to commit with one person only. People want to live la vida loca.  Males and females are living more as equals we see how much women goes half these days in everything and males too because now guys cook, clean the house, wash the laundry, pick up the children from school and go grocery shopping.

Take the kids to play at the park and everything. I think this is a great time to allow life to be.

The last point Is the difficulty some couples have when it comes to get pregnant.

sometimes the woman’s body doesn’t have the right ecosystem to maintain a life inside of her body.

its a big Investment plus painful not always warranted and they choose to get surrogacy as we know it. Now, with the help on another female body those parents will give birth to a child.

Some woman they just really don’t want to go through the process, even when they’re perfectly healthy

it’s just too scary on top of all the things we talk about. In conclusion, This civilized technique of giving birth can be offered to couples, single mom’s, single fathers, or gay couples. They might want to go and get a baby, or many babies who will be born with an artificial surrogacy.

This way will be implement slowly. It should never be an obligation because it will be people that even with this offer, will reject completely the idea of being a parent.

There will be females that they will like to go through the natural way of giving birth and that should always be allowed as a choice. Probably in the future that will be inhumane to permit a female to give birth the natural way.

The machines and the AI are here to help humans, we should let them. We need to design them primarily with values in mind such as to love humans, to never harm them and to always help them.

There you ave it! This is my legacy for humanity.  My name is Shirley Henderson and I want to see you succeed in every area of your life. Thank you for reading my articles. Thank you for stopping by see you right back.

UPDATE ON THE TOPIC

The human mammal is the only one whose pelvic got smaller when at the turn of the 20th century began walking upright with evolution making childbirth a life risk because babies head got bigger. Women has suffer enough we need to upgrade childbirth.

Using forceps and Caesarian section for child birth are obsolete because The human pelvic got smaller when humans walked in two feet evolution make babies head larger making birth a live risk. I’ll include this to Sher’s theory of Artificial surrogacy https://www.sherwork.com/?p=1943

Using forceps and Caesarian section for child birth are obsolete because The human pelvic got smaller when humans walked in two feet evolution make babies head larger making birth a live risk. I’ll include this to Sher’s theory of Artificial surrogacy https://t.co/q5Yu1u6WPe https://t.co/yNylaV08AE

With the huge advances in medicine with the help of AI in few years our current medical treatments might be rudimental like today we see the medieval remedies. Please find a better way for women to deliver babies it is scary AF it has to be a more human way.- Shirley Henderson https://t.co/gPblEvfyKe

On May 4th, 2019 I saw a youtube video of a shell less chick being hutch from a plastic cup and right there I had the proof of the possibilities that a human embryo can have the same success with an artificial placenta.

2 Humans need to evolve to catch-up with #AI if legally is posible to edit the human DNA and a chick ???? was hutch in a plastic cub with an #incubator we should try to develop human #embryos with an artificial placentas with incubators #shirleyhenderson

3 I think that in vitro fertilization beneficial to human kind and can be taken one step further when the embryo is developed in a control environment with nutrients, oxygen and waste filtration in an artificial placenta. #invitrofertilization #childbirth #artificialplacenta
4 When giving birth women had suffered torture medical procedures for 2019 years that needs to end. Plus the value of developing #fetus in #artificialplacentas eliminates blood contamination from mothers with STDs, and addictions. The #childbirth mortality as we know it will drop

5 All is need it is to create a artificial placenta as an additional service to in vitro fertilization that assisted with thousands babies worldwide already. Please make it happen and give us that option. #shirleyhenderson #childbirth

There you have it friends, my name is Shirley Henderson and I want to see you succeed in every area of your life. I am on the side of human kind and see you guys back.

Disclaimer: Images and videos belong to their owners.