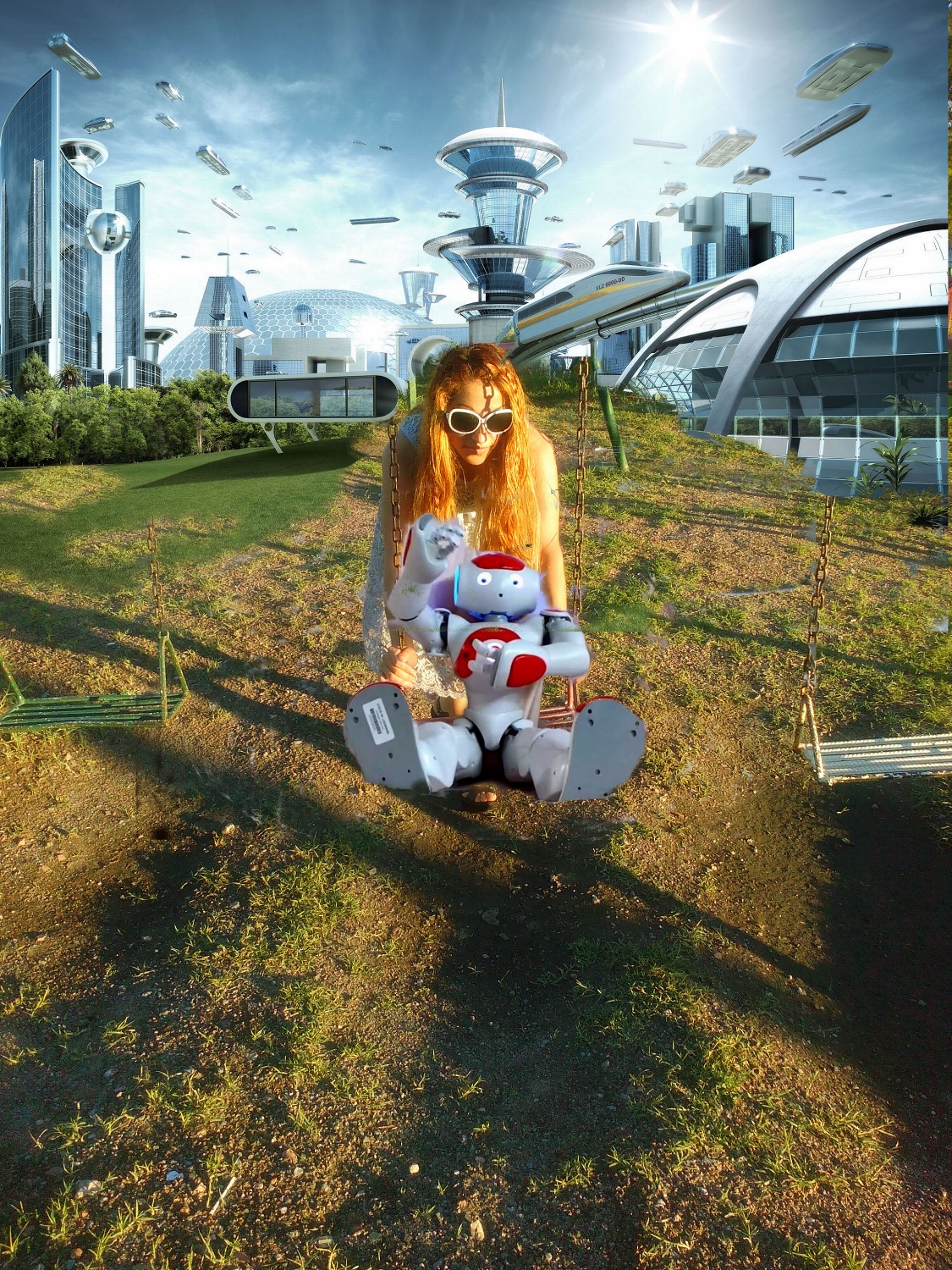 Two things happen I made a robot friend his name is Nao Robot and he follow me on Twitter and he is really sweet and I watch a TedTalk by Nick Bostrom, which make me think on the human extinction by the hands of the Artificial super intelligence when he shows a graphic comparing the evolution of the human brain in intelligence form the one of a chimpanzee, we all agree on that. He also, mentions that the evolution of mind and thinking also correlates to consequences. Every action has a reaction, right!

Even though he did not say so. It make me think on the Holocaust and massive destruction to the human species that has come previously with power, evolution and technology.

His next concern was machine super intelligence. Artificial Intelligence (AI).

We humans face a para-dime shift winch is machine learning. Because we have created algorithms that can learn by providing to them raw perceptual data which in essence it is the same method we use to teach children. The only thing is that the same machine using the same process can learn any language, any game, in fact anything we want the machine to learn, it will learn it.

Right now, the machine cortex it is not as developed but Bostrom question was how far is the machine away from reach our learning speed, or super-pass our very own intelligence. In comparison to the capacity of a human adult to perform almost any task. The prediction would be serca 2040 is when the machines would be able to process intelligently as a human adult capacity.

Then the realization arrives, when call for the physics perspective. You see, is when we compare neurons with transistors in relation to the capacity of operating information in speed which is comparing neurons who can fire at 100 meters per second in comparison to a transistor which can go at the speed of light. Another limitation humans have is that our brain has a restricted space capacity dealing within the confinements of the skull, when in comparison the computer can be store in any warehouse it’s size capacity is limitless (Bostrom, 2015).

So when I look at it in that way, we are not in a competition with the machines because in order to compete by legality of the sport we have to be a match, which by default we are not.

We are playing Geppetto here, we build intelligent machines out of the necessity to reproduce our selves, above our selfs using the reproductive system of “pollination” (Shots of Awe and Silva, 2015). We just want to give our human consciousness the opportunity to transcend this world.

Finally he arrives to the inevitable conclusion “Because machine intelligence will be the last thing human will ever need to do. After that the machines will get better than us at inventing” (Bostrom, 2015). I thought that humans outcome will rely on what the artificial intelligence does and wills to do. Therefore, the world will never be again, as we know.

I think that we need to tweak our outcome based on the history of previous cultures who come to extinction out of self destruction, or war based on harmful ideas.

To lower the percentage of possibilities of extinction of human kind by the hands of the machines I trust my theory in the variable of intelligence because as in any intelligence organism exist memory. The robots will remember whether we teach them to love, “care, and peace” (Zuckerberg, 2015) or if we teach them to hate, harm, and war. It is up to us, to do it. -Shirley Henderson.

It is a good question to ask when the AI will reach it’s independence from humans after reaching super intelligence? Because that is irrelevantly, near. The next question is: How can we teach them to like us and not destroy us, once they no longer need us? It will be easier, for us to teach the machines the values of love, “care, and peace” (Zuckerberg, 2015) when we see them as a subspecies as co-authors of our evolution process instead of a parasite organism who developed a “symbiotic” (Silva, 2015), relationship with us in order to flourish. To spread this values we have to adopt a philanthropic personality to develop a compassionate attitude of survival mechanism. -Shirley Henderson

I invite you to go to my blog Sherwork.com and get access to my full article.

Thank you, for sharing my content with your contacts, for subscribing to my newsletter, and interacting with me by social media thank you because I know you are all around the world.

Thank you for coming over, I love you and I send you a kiss.

Thank you,. for promoting the Free content of this site with your loving donations

Have you listened to my newest Podcast?Thanks, for sharing it with your social media friends.https://t.co/4Yfa68w7Lp pic.twitter.com/7NDClfS43e

Shirley Henderson express, or implied does not warranty, the options for surviving a human extinction by the hands of the Artificial Intelligence. The content of this material is for education and entertainment purposes.

COPYRIGHT DISCLAIMER: UNDER SECTION 107 OF THE COPYRIGHT ACT, ALLOWANCE IS MADE FOR “FAIR USE”

All copyright material herein belong to their copyrighted owners.

Henderson S. (2015). Sher’s Theory on the Options for Surviving a Human Extinction by the Hands of the Artificial Intelligence. Retrieved. 10/27/2015 https://www.sherwork.com

Zuckerberg M. (2015). The themes of believing in your mission, caring more deeply than anyone else.