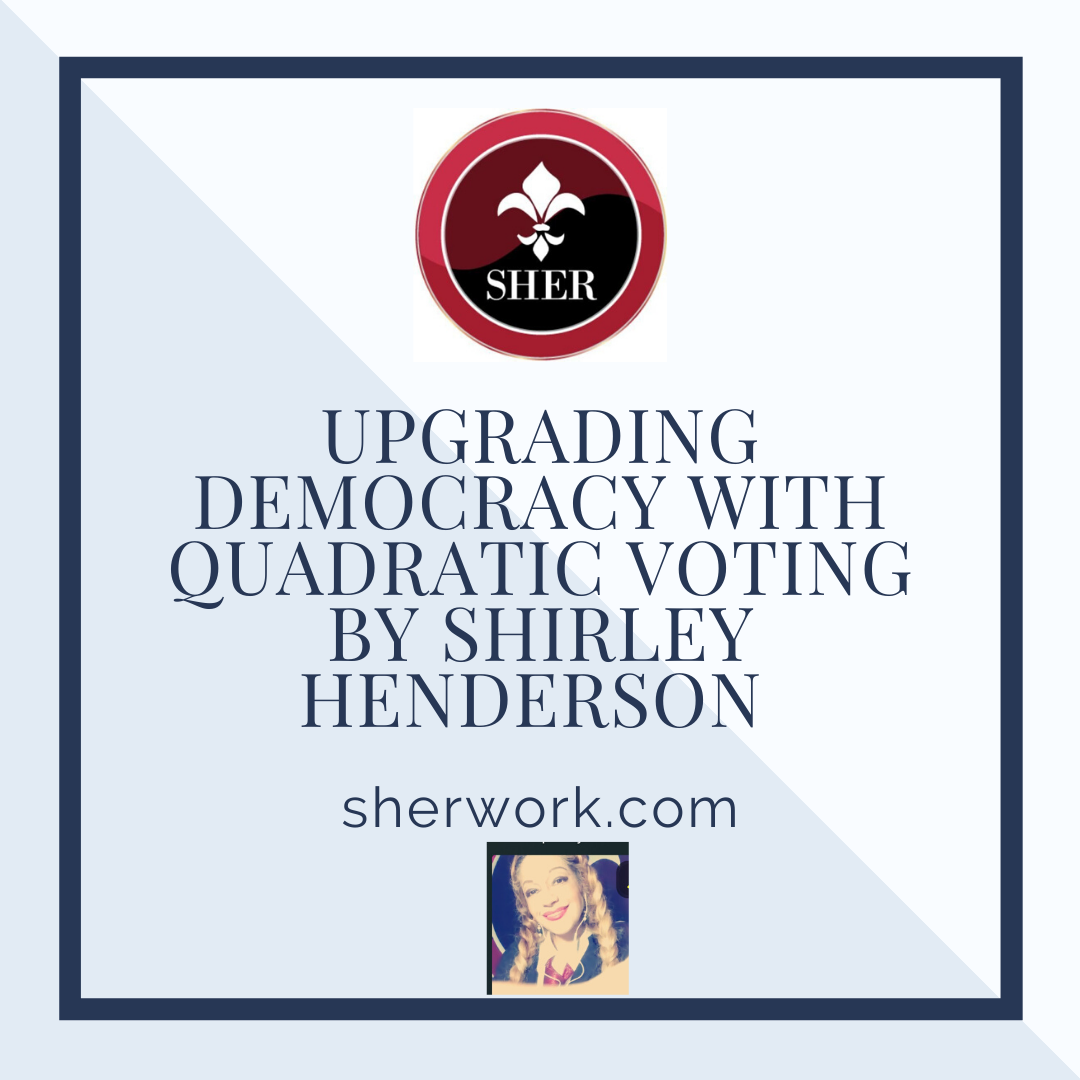 The Quadratic voting tool is ready at this link

This video has a synthesis of the article UPDATE: Follow my YT

By definition democracy is a form of government which people have the authority to choose their government legislation. Who people are and how authority is share among them are the core issues of democracy development and constitution.

What is a voting? By definition is a method use in a group to make a collective decision.

What is a vote? By definition is a system to express one opinion in a poll.

Where we find polls available? In general in social media.

Now, the voting rights in the United States begin in 1789 with a method of one person one vote. That is 231 years since we have the same mechanism. Now, with the use of centralized electronic system that can be colluded putting at risk the integrity of the voting results. However, the alternative to one-person-one vote is Quadratic Voting.

Quadratic voting works by allowing users to ‘pay’ for additional votes on a given matter to express their preference for a given issues more strongly, resulting in voting outcomes that are aligned with the highest willingness to pay outcome, rather than just the outcome preferred by the majority regardless of the intensity of individual preferences.

In my opinion quadratic voting offers a fair battle for voting system that may or may not allow collusion.

That said, the rest to do is just to come up with an integration of quadratic voting within an operation system such as social media and every app that offers a poll with a voting system for mass adoption.

so go and check it out.

The implementation of quadratic voting will upgrade the 231 year old one-person-one-vote system as a result bringing about the upgrade of democracy.

There you have it friends my name is Shirley Henderson and I want to see you succeed in every area of your life, I am on the side of humankind. See you guys back. Subscribe to my newsletter and my Youtube channel and follow me on social media.

Disclaimer: This independent research was not funded by WeDesign and/or mentioned resources . This is not legal advice, the resources and references links are set below.

Announcing The Quadratic Vote Tool is Ready in this link . Special thanks to @owocki@gitcoin@_anishagnihotri for building the website/App #voting#vote#democracy#quadraticvote#quadraticvoting#shersvideos#shirleyhenderson#gitcoin#anishagnihotri#dev#build

Direct link for the podcast

Timeline of voting rights in the United States